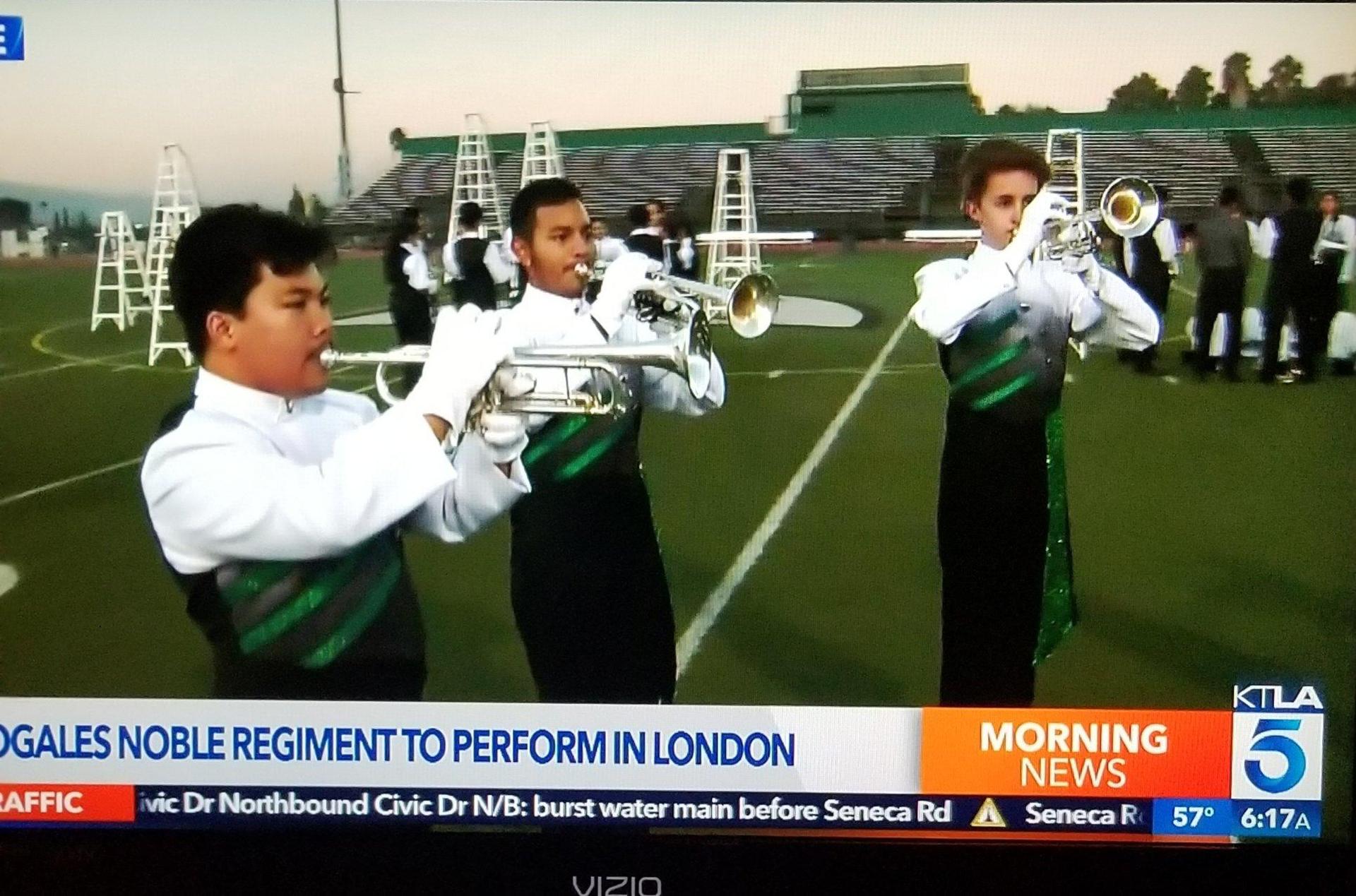 and LIVE on Los Angeles televisions news stations at 4 AM on January 1, 2020 on KVCR and KCET.

The Executive Director and Founder of London’s New Year’s Day Parade (LNYDP) Robert Bone, with London Dignitary Duncan Sandys, the Great Grandson of Winston Churchill visited La Puente, California on October 25, 2018 to make a formal presentation to the students of the Nogales High School Noble Regiment Marching Band to inform them officially that they are invited to perform in this huge international parade. The LNYDP expects more than 8,000 participants from the USA, UK, Europe and beyond and attracts a massive street audience in excess of 500,000 and is viewed live on TV stations around the world. Follow LNYDP online and social platforms @lnydp and www.lnydp.com

This is the first time the band will attend the London New Year’s Day Parade in 2020, where they will be one of four bands from California represented. Band and color guard students from across the Rowland Unified School District will join the Noble Regiment to perform in this once-in-a lifetime experience.

**To help support the Nogales High School Noble Regiment take this extraordinary trip "across the pond" -- donations are appreciated and welcome!**

The Nogales Noble Regiment, is the award-winning marching band of Nogales High School, located in La Puente, California and proudly directed by Bradley Pollock. The Noble Regiment has represented the State of California twice (and was the only band to represent the West Coast) at the famous New York Macy’s Thanksgiving Day Parade in 2015 and 2008. The concert band has received unanimous superior ratings at their festivals and the drum line and color guard are consistent finalists in their receptive circuits including, but not limited to: The Western Band Association (WBA), the Southern California Schools Band and Orchestra Association (SCSBOA), and Bands of America (BOA).

The London’s New Year’s Day Parade is more fondly known by Londoners as LNYDP. Running alongside the parade is the LNYDP concert series and the Grand Finale of the London International Choral Festival performed in internationally acclaimed music venues across the nation’s capital.